No, seriously, I mean, is this really where we're at?  I read and watch the news most days, and I can be naive and simple, but what the fuck?

A friend and I were catching up the other day, and she was telling me about a vacant commercial property she shared ownership of that'd been sitting on the market pretty much since the first days of the pandemic.  She mentioned that they finally leased it with the option to buy, and the one clause the lessee wanted added was that, in the event of war they could be released from the contract.  Just words, sure, meant to cover their asses, but frightening nonetheless.

No doubt, we're all aware of the headlines from half a world away, and given the past behavior of those responsible for said headlines, times most certainly are causing stress and feelings of dis-ease, but really?  I know I don't have that mature content warning on this blog, but what the fuck?!   How is it that we've come to this?

I'm leaning a little more political than I intended, so I'll lay off.  Are we all just becoming so numb to the daily horseshit circus?

Popular posts from this blog

(Cruisin' on the) Beer B(l)oat 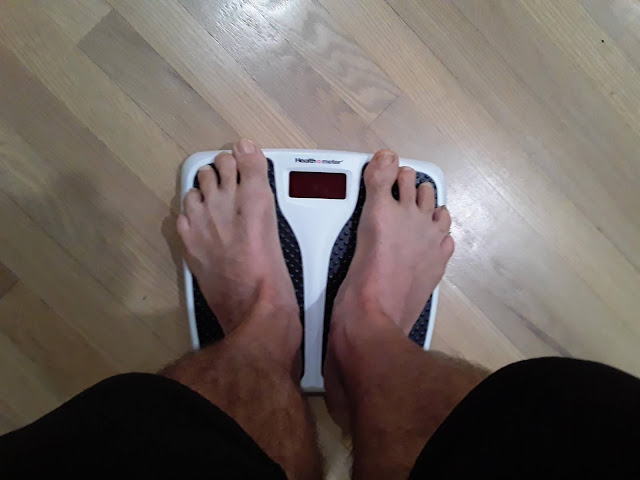 My wonderful, loving, caring much younger wife has helped me over the years convert my beerlove from an almost-12-pack-a-night cheap lite shit habit to a more refined occasional local-microbrew-or-two per week one, and my health's all the better for it.  Honestly.  I'm healthier and feel better in my fifties than I did in my twenties and thirties thanks to her.   Between the above-mentioned habit shift and an almost 80 lb. weight loss over a few years I quite literally owe her my life.  Stepping on our scale is a morning routine, and this morning I found myself feeling bloated while undressing for my shower.  Yesterday we picked up a sixer of one of many awesome local Octoberfests (wifey's a fiend) now that they're coming out, and we each sipped a couple while Netflixing and enjoying an intensely heavy thunderstorm.   So this morning I stripped naked and, after observing my paunch in the mirror reluctantly stepped on the old honesty meter.  Disappointed? Sure, but I k
Read more

Are You Afraid of Dying?

June 27, 2021
Are you afraid to die?   During a recent hike I thought about this, and the notion has taken up residence in my head since then.  A trail my wife and I were on had a section that was quite hazardous with slick, moss-carpeted rocks and a steep downward slope on one side.  As happens often my imagination got the best of me, and I envisioned myself slipping on the rocks and dropping over the edge, my scream echoing off the surrounding mountains we'd been admiring only minutes earlier. I imagined the pain my death would cause my wife and children, and the horror my wife would feel seeing me disappear, my screams most certainly haunting her for eternity. I suppose I'm not afraid to die; the older I get, the more I think, "Well, when it's my time, it's my time."   I think what actually scares me is dying a painful death.  That makes me a sissy, sure, but there you have it.  The pain, and also- and this is probably ridiculous- the idiotic concern that the way I die
Read more 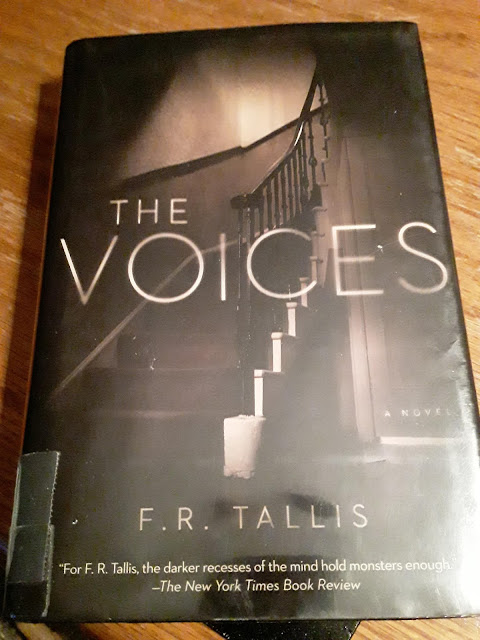 "The Voices", by F.R. Tallis is creepy reinvention of the classic haunted house tale, and was difficult to put down once I cracked it open.  Eerie responses to taped questions, unfathomable disappearances, baby monitor static and ghostly whisperings culminate in a clash between the here & now and the beyond in a frightful novel that'll give you goose bumps for sure.  Once again, a delightfully dark tale to please my palate.  I finished this one just now with barely enough time to complete my morning routine and head out the door for work, but it was well worth it.
Read more

presstfortime
Penny for Your Thoughts- This centuries-old idiom, together with my photo of a pile of soiled pennies are the impetus for this blog, where I'll post snippets of my brief creations along with random thoughts about writing and other wannabe writerly stuff. It is my wish to become published one day, but until then I'll continue to procrastinate, scribble thoughts and ideas and reread some of my older, nearly completed pieces in hopes that they'll magically finish themselves and leap from the laptop and into a publisher's lap.